Last week the Crans Montana Forum took place in Barcelona. Set up by my good friend Jean-Paul Carterton more than 35 years ago, this is one of the best run events of the year. It may not have the razzle of some other gatherings, but by being slightly under the radar it attracts a different class of people – serious, urbane and dedicated. This is not to say that they are dull. Some are very passionate, including the Catalonians who are preparing for a referendum on independence on October 1. While Madrid is calling the vote unnecessary and illegal and threatening to block any move, whatever the result, the outcome promises to be fascinating.

I attended two very good sessions, one on Strengthening African Women’s Influence in Society and another on Water and Environment. The debate on the state of gender equality on their continent was argued with passion, and chaired with style and élan by Lady Ngo Mang Epessé, who is a journalist and president of French-based Women Environmental Convenant.

Downstairs the talk was all about water. A fascinating exchange developed between Samuel Manetoali, minister of environment of the Solomon Islands, Sonam Wangchuk, a professor at Ladakh in India, and Miguel Garcia-Herraiz, secretary general in charge of water and environment for the European Union. What do the Solomon Islands, the Mediterranean and remote parts of the Himalayas have in common? Water issues, and the havoc caused by climate change.

The panel debated the potential for imposing a tax on boats passing through the Mediterranean – only 60 per cent of the traffic actually docks at a port, the rest continues to London or Rotterdam. Just making every vessel pay 10€ each could result in 2€ billion for spending on environmental issues. Professor Wangchuk told us that climate change is causing flooding in Ladakh that is washing away villages and cities and drowning thousands of people. They are building ice stupas and planting trees.

My colleague John was lucky enough to be invited to a special lunch where, among others, he met Nicolas Messner, a Judo legend. He’s also the communications director for the International Judo Federation. We’ve invited him to come to Montenegro to our Global Citizen Forum in October. He’s taught judo in Machu Picchu, the heart of the Amazon rainforest, and in refugee camps all over the world. We’ll see if we can get him to give us a judo class on the beach at Sveti Stefan!

Positive Impact by a Positive Planet

Concordia Summit and Opportunities in CIPs 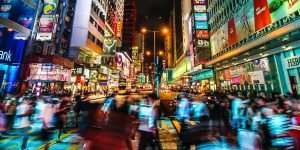 Charles Aznavour, You Were Formidable